SpiraTec AG and onoff AG are joining forces to combine and expand their respective expertise in the process industry. With effect from March 29, 2022, SpiraTec AG acquires the majority of the shares in onoff AG. The merger will create one of the largest group-independent service companies in the process industry in Europe with expertise in engineering, digitalization, robotics, IT and automation.
Both enterprises are established planning and solution providers in the automation and IT market with a common sector focus on biopharma, pharmaceuticals, food, chemicals and petrochemicals. SpiraTec, headquartered in Speyer, Germany, employs approximately 400 people at 21 locations in Germany, Austria and the United States. The Wunstorf-based company onoff currently employs over 190 people at nine locations in Germany and Austria.
onoff will be managed as an independent enterprise within the SpiraTec Group. With the transition, the founder of onoff AG, Mr. Rolf Arneke, will leave the Supervisory Board. Dr. Ganzer, CEO of onoff AG, thanks Mr. Arneke on behalf of all employees for his entrepreneurial achievements over the last 34 years. The previous onoff Executive Board as well as the operationally responsible managing directors will continue to manage onoff’s business in the future. They will work closely with the SpiraTec management to play a strong role in the European markets in the digital age.

Reinforcing strengths
The clear goal is to develop the strengths of both enterprises and to continue together on the path of digital transformation in industry in the future. SpiraTec specializes in the multidisciplinary planning of modern production plants, while onoff’s expertise lies primarily in the implementation of process control systems. “So here we have two proven experts joining forces to form a large team of specialists. This opens up new, strategically important opportunities for us to position ourselves even better in the process industry market and its digitalization,” says Frank Heines, member of the Executive Board of SpiraTec AG. Dr. Uwe Ganzer adds, “We are pleased to have a stable shareholder and solid owner at our side in the SpiraTec Group, with whom we can take the next strategic steps. For us, it is important that the development of the latest technologies, such as in the digital twin area and interface communication, is continued with full steam ahead.”

Expanding the range of services
The range of services of the two enterprises ideally complement each other and offer great synergy effects: Services such as assembly and switch cabinet construction, which SpiraTec previously planned and outsourced, will now be offered from one provider. In addition, onoff benefits from SpiraTec’s expertise in planning and process technology. Even the overlapping IT and automation business areas have different focal points. In the field of digitalization as well, for example, VR (virtual reality) and AR (augmented reality) expertise from different industries come together.
In joint customer projects, the two enterprises have been able to prove several times in the past that the chemistry between SpiraTec and onoff is right. “The fact that we already know each other, complement each other well and successfully work together gives us confidence that the merger is a win-win for everyone involved,” emphasizes Andreas Schadt, CEO of SpiraTec AG.
Another advantage is that the network of locations also fits together well. While SpiraTec is largely active in southern and western Germany as well as at several locations in Austria, onoff AG operates the majority of its sites in northern Germany. “With a combined workforce of almost 600 employees at over 25 locations in German-speaking countries, we achieve almost complete regional coverage and can support our customers across the board at their production sites,” Andreas Schadt summarizes. 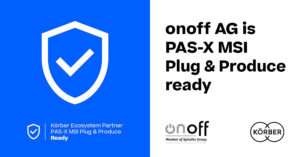 The onoff AG, part of the SpiraTec Group, is one of the first companies to receive the “PAS-X MSI Plug & Produce Ready” partnership certificate 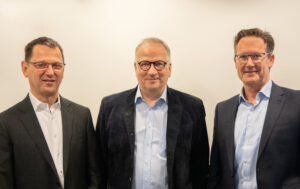 SpiraTec AG and onoff AG are joining forces to combine and expand their respective expertise in the process industry. With effect from March 29, 2022, 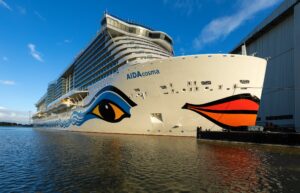 Would you also like to take advantage of all opportunities? We look forward to meeting you.